It emerged in January 2021 that cybercriminals had hacked in-house Microsoft Exchange Server email software, and gained access to business emails. Hundreds of thousands of organizations and businesses were affected by the Microsoft Exchange hack worldwide, prompting Microsoft to take immediate action.

The hackers were exploiting the hither-to undiscovered vulnerabilities in in-house Exchange servers to gain access to their victims’ emails and to try to infiltrate other sections of the IT system. It’s not yet clear who these hi-tech hackers are, but reports from Microsoft link them to a band of highly-trained state-sponsored hackers operating from outside China. 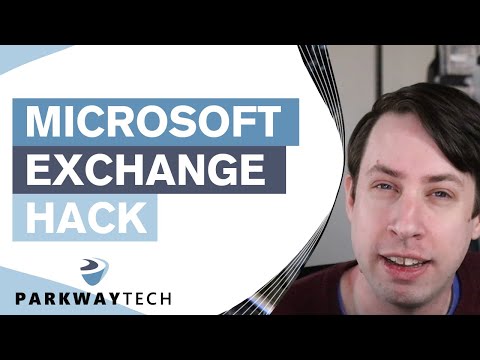 Microsoft Exchange hack: what it means for businesses

The latest hack on Microsoft Exchange Server software has various implications for businesses using its in-house version. Those on Office 365 and other hosted services seem to be safe at the moment. There are no reports of any attacks on them as of yet.

This attack has the following implications:

As reports of the cyberattacks intensified globally, Microsoft moved with speed to forestall further attacks. One of the largest tech companies whose popular software, Microsoft Exchange Server, had been exploited, released emergency security patches. But was this move too little too late?

Microsoft often rolls out regular updates for its software to plug any vulnerabilities. But in some cases, cyber gangs exploit the vulnerabilities between the patches, giving Microsoft a run for its money. This could have been the case of the Exchange hack.

As it turns out, these emergency patches may be effective for systems yet to be attacked. The hackers steal sensitive information and put it up on the dark web for sale, or lock victims out of their own systems and demand ransom before they can allow them access again. You may not know which information has been stolen from your data systems – until it shows up on the dark web.

Even with the emergency patches out, not all businesses have already installed them. Microsoft still has its work clearly cut out for them. These attackers may continue targeting more victims with the hope that they haven’t installed the patches yet. If you haven’t patched your data systems, you had better do so before it’s too late.

The Microsoft Exchange hack seems to be proliferating, even with the release of the emergency security patches from Microsoft. Already, hundreds of thousands of businesses are reeling under the attack, and don’t know exactly which information has been stolen from their systems. So, what’s the way forward?

Whether you are a start-up or a giant multi-national corporation, you have to install the security patches. Cybercriminals have discovered loopholes in in-house Microsoft Exchange Server software, and are busy exploiting them. The best course of action to do at the moment is to seal those loopholes using the security patches. The earlier you do it, the better since you can’t tell the extent of the damage unless you call in an expert.

2. Move to the cloud

If you are not yet on the cloud, you should make the move as soon as possible. You realize that hackers only attacked on-site Exchange servers, but couldn’t infiltrate cloud-based services such as Microsoft 365. The process attracts substantial costs to complete but becomes cost-effective in the long run. You could partner with reliable IT service providers, such as Parkway tech, to make it easier and more affordable.

Tighter cybersecurity measures will prevent criminals from breaching your IT systems in the first place. This means sealing any possible loopholes in your systems and staff to make it difficult for cybercriminals to gain access to your data. It includes using passwords and usernames secured with multi-factor authentication. Have all employees, regardless of their rank, use only secured logins.

4. Have regular data backups to the cloud

Without regular data backups to the cloud, it would be difficult to get back to your operations after a disaster such as a cyberattack. Cyber thugs may lock you out of the system after they successfully gain access. You can reduce downtime significantly if you have all your data on the cloud. It is easier to retrieve it from there from anywhere and on any platform.

5. Look out for any updates from Microsoft

If your business relies on Microsoft products, such as Microsoft 365 and Microsoft Exchange Server, you need to check for regular updates from Microsoft. You may not know if some players in your network, such as vendors and customers, have been compromised because they may never tell you. But Microsoft always releases such information, so you take the appropriate measures.

Cybersecurity concerns are in the spotlight once again, as reports on the breaching of in-house Microsoft Exchange Server software continue to pop up from all over the globe. Your business can partner with reliable and efficient managed IT service providers to help protect your data from cybercriminals. If you need more information, please contact us.